Everybody has been aware this week of the horrific killing of Cecil, a famous Zimbabwean lion, by the big game trophy-hunting and now infamous American dentist Walter Palmer.

With many people appalled and shocked by his actions there has been a huge outcry on social media with the hashtag #cecilthelion still trending.

It quickly came to light that Palmer has previously killed many endangered animals and that he is prepared to pay huge sums of money in order to do so.

With more details emerging on the Internet, Palmer went into hiding and his dental practice hastily closed. How ironic that the animal stalker and killer was now being stalked.

Twitter went into overdrive with related memes popping up on Facebook and Instagram – and the Yelp business page for his dental practice was littered with hundreds of derisory comments. Yelp itself was even drawn into the story with the public voicing strong disapproval of Yelp deleting critical posts.

With his reputation now deservedly at stake and out of desperation whilst being hunted himself Palmer turned to PR to save his own carcass.

He has now employed the PR firm J Austin & Associates – an agency that specialises in ‘crisis and issue management’ – with a spokesman quickly announcing that Palmer regretted killing the much-loved lion and thought he was on a legal hunt.

From a professional point of view Palmer has begun the fight to rebuild his reputation – he’s now issued a statement and an apology of sorts.

Besides the fact that it’s going to be a long and uphill struggle, from a PR professional’s point of view what are the ethics of defending such a client?

People will say that everyone deserves representation – but to do the best job you have got to be happy and comfortable with your client and believe in them. And on a personal level be able to sleep at night.

In common with 90% of other PR professionals, if the call / offer came to represent a certain Walter Palmer – we’d politely turn it down. 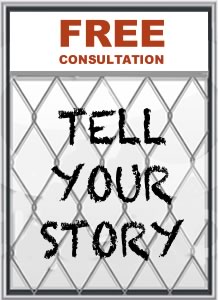 All of our clients have their own story – which needs to be developed and promoted uniquely.